Gravitation: From the Hubble Length to the Planck Length (High Energy Physics) (Hardcover) 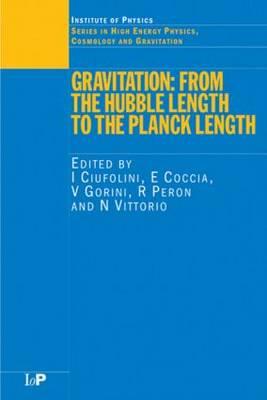 By I. Ciufolini (Editor), E. Coccia (Editor), V. Gorini (Editor)
$280.00
Availability to be confirmed
This book cannot be returned

Although gravity is the dominant force of nature at large distances (from intermediate scales to the Hubble length), it is the weakest of forces in particle physics, though it is believed to become important again at very short scales (the Planck length). The conditions created in particle accelerators are similar to those at the time of the early universe. While particle physics offers insight to early universe physics, there is a need to understand gravity at extremes of large and short distances to further understand cosmology and the development of the universe. Gravitation: From the Hubble Length to the Planck Length fulfills this need by providing an overview of relativistic astrophysics, early universe physics, cosmology, and their interface with particle physics. Written by international experts, this reference presents up-to-date information on classical relativity, astrophysics, and theoretical and experimental particle physics. The introduction sets the scene and provides a context for the remaining chapters. Chapters cover an extensive array of topics, from refined experimental techniques in gravitational physics to cosmology and the quantum frontier. The book concludes with a discussion of the connection among particles, fields, strings, and branes. This compilation shows how gravity plays a fundamental role in astronomy, astrophysics, and cosmology by exploring domains from the microscopic, such as black holes, to superclusters of galaxies that form the large-scale texture of the present-day cosmos. Moreover, with its theoretical and experimental focus on the foundations of gravity, Gravitation proves to be an invaluable resource for current and future research.