Change of Heart: A Novel (Paperback) 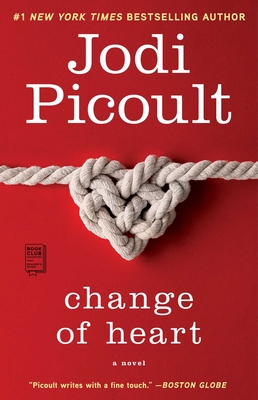 Can we save ourselves, or do we rely on others to do it? Is what we believe always the truth?

One moment June Nealon was happily looking forward to years full of laughter and adventure with her family, and the next, she was staring into a future that was as empty as her heart. Now her life is a waiting game. Waiting for time to heal her wounds, waiting for justice. In short, waiting for a miracle to happen.

For Shay Bourne, life holds no more surprises. The world has given him nothing, and he has nothing to offer the world. In a heartbeat, though, something happens that changes everything for him. Now, he has one last chance for salvation, and it lies with June's eleven-year-old daughter, Claire. But between Shay and Claire stretches an ocean of bitter regrets, past crimes, and the rage of a mother who has lost her child.

Once again, Jodi Picoult mesmerizes and enthralls readers with this story of redemption, justice, and love.

"Picoult is a rare writer who delivers book after book, a winning combination of the literary and the commercial." -- Entertainment Weekly