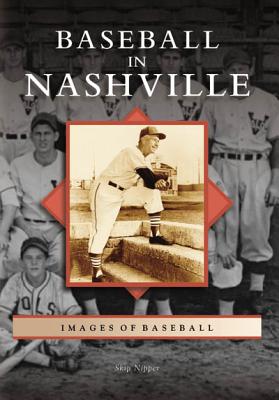 
On Our Shelves Now
Nashville's first professional baseball team was organized in 1885, but the city's baseball roots can be traced to 1862, as Union soldiers camped along the Cumberland River taught the Northern game to the citizens. The Seraphs, Blues, Tigers, Americans, and Volunteers made their home in Athletic Park, later renamed Sulphur Dell by Grantland Rice during his tenure as a local sportswriter. Including the Negro League Elite Giants and a two-year existence by the Nashville Xpress in the 1990s, Baseball in Nashville traces those roots from the early teams to Herschel Greer Stadium and the Nashville Sounds Pacific Coast League Championship in 2005.