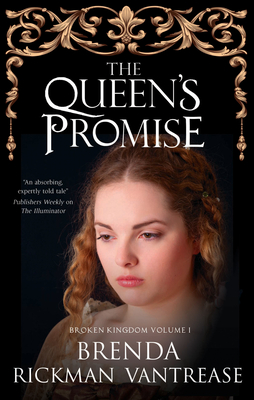 By Brenda Rickman Vantrease
$36.95
Availability to be confirmed
This book cannot be returned

This is book number 1 in the Broken Kingdom series.

The enthralling story of two remarkable women caught up in the maelstrom of the English Civil War. February, 1642. With the King and Parliament at loggerheads, England is rushing headlong into a brutal and bloody war. Caught up in the turbulence are two formidable women who face difficult and dangerous times ahead. Forced to abandon her children and leave for foreign shores, the extravagant and unpopular Queen Henrietta Maria discovers that she cannot rely on the loyalty of her former friends and relatives in the royal courts of Europe. Meanwhile, her friend and former lady-in-waiting, the beautiful Countess of Carlisle, determines to remain loyal to the King, despite his craven betrayal of her lover and protector. Separated from their menfolk, these two very different women determine to do what they can to survive in a world where brother is at war with brother, a world where no one can be trusted. But the war will change both their lives in ways they could never have imagined.