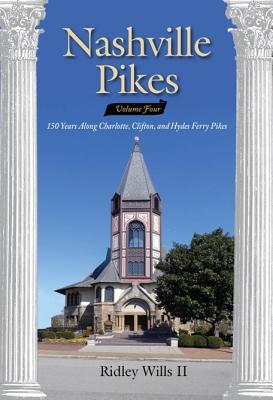 This is book number 4 in the Nashville Pikes series.

This 4th volume in a series of books on historic sites in Davidson County provides rich histories of prominent early Nashville families, including the Robertsons, Bosleys, Cockrills and Stumps, who lived on big plantations along the Charlotte Pike. Ridley also writes about the Nashville Land Improvement Company that developed a large area of farmland in today's West Nashville into New Town in the late 1880s and early 1890s. New Town was a combination of middle income homes near Charlotte and commercial sites along the south bank of the Cumberland River. He also writes about the impact the move of the State penitentiary to Cockrill Bend in 1898 had on West Nashville and about the development of Tennessee A & I and Fisk Universities. In researching the history of Fisk, Ridley realized that there are most historic sites with a few block of the Fisk campus than exist anywhere else in the county. He writes about most of them.