A Contradiction to His Pride (Paperback) 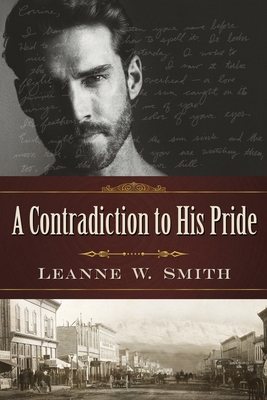 A Contradiction to His Pride (Paperback)

From the moment James met Corrine as they traveled the Oregon Trail, in Smith's best-selling debut novel Leaving Independence, he couldn't resist trying to win the sharp-mouthed beauty's affections.

Now, as the core group of pioneers in Colonel Dotson's wagon train begins to settle in Baker City, Oregon and build homesteads, James is restless to make his fortune so he can stake his own claim and win Corrine's hand with honor.

But when James takes Corrine on an outing designed to impress her, things go tragically wrong. James foils a bank robbery and unwittingly sets a series of events into motion that shatter Corrine's heart and now threaten her life, along with his and her older brother Charlie's.

Soon there are several folks heading back down the trail--James, Charlie, Corrine, Harry and Tam Sims, the Baker City Sheriff, a newspaperman, a notorious criminal family, and Hoke Mathews--all set to collide in a final showdown in a Colorado mining town as outlaw Duke Walden seeks to make James pay for his heroic actions.