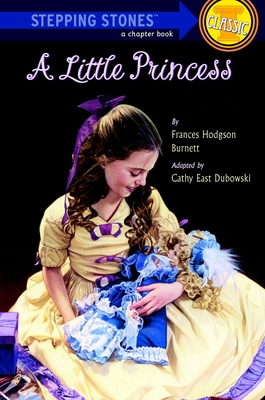 Sara Crewe is a student at Miss Minchin’s fancy boarding school. She has the very best of everything. But when her rich father dies, she’s left without a penny. Now Sara lives in the school’s cold attic and works for crusts of bread. With some help from a secret friend and a touch of magic, Sara’s world is about to change in ways she never dreamed. An adaptation of the classic novel that’s just right for young readers!

Frances Hodgson Burnett (1849-1924) was born and grew up in Manchester, but after her father's death she emigrated with her mother to Knoxville, Tennessee, in 1865. Five years later her mother died and – like many other women of her time – she began writing short stories for popular magazines to support her family. Her first novel, That Lass o' Lowrie's (1877), brought her instant fame on both sides of the Atlantic.

She married in 1873, and in 1886 her popular children's serial Little Lord Fauntleroy was published to instant success. Mrs. Burnett wrote many other novels, for both children and adults, as well as plays and short stories, but she is best remembered for the classic children's novels The Secret Garden (1911) and A Little Princess (1905).

She became an American citizen in 1905, though she travelled frequently to Europe. She died at her home on Long Island a few weeks before her seventy-fifth birthday.