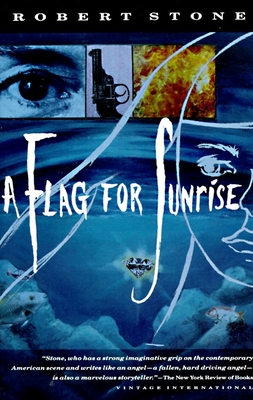 
Special Order - Usually Arrives in 1-5 Days
An emotional, dramatic and philosophical novel about Americans drawn into a small Central American country on the brink of revolution.
Robert Stone's first novel, A Hall of Mirrors, won a William Faulkner Foundation Award. Dog Soldiers received a National Book Award, and A Flag for Sunrise won both the Los Angeles Times Book Prize and the PEN/Faulkner Award. His other honors include a Guggenheim Fellowship, an award from the American Academy of Arts and Letters, the John Dos Passos Prize for Literature, a National Endowment for the Arts Literature Fellowship, and a grant from the National Institute of Arts and Letters. Both A Hall of Mirrors and Dog Soldiers were made into major motion pictures. Mr. Stone died in 2015.