The Shadow Lines: A Novel (Paperback) 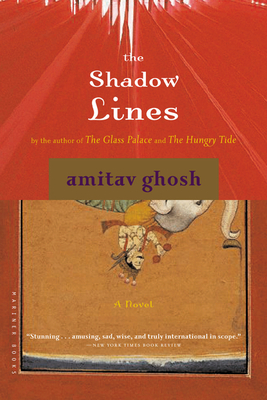 The Shadow Lines: A Novel (Paperback)


Availability to be confirmed
“A stunning novel” following two families—one British, one Bengali—from the New York Times best-selling author of Sea of Poppies (The New Republic).

Opening in Calcutta in the 1960s, Amitav Ghosh’s radiant second novel follows an English family and a Bengali family as their lives intertwine across the generations in both tragic and comic ways.

The narrator, Indian born and English educated, traces events back and forth in time, from the outbreak of World War II to the late twentieth century, through years of Bengali partition and violence—observing the ways in which political events invade private lives—in an “ambitious, funny, poignant” saga (A. K. Ramanujan).

“Amusing, sad, wise, and truly international in scope.” — New York Times Book Review
Amitav Ghosh was born in Calcutta in 1956 and raised and educated in Bangladesh, Sri Lanka, Iran, Egypt, India, and the United Kingdom, where he received his Ph.D. in social anthropology from Oxford. Acclaimed for fiction, travel writing, and journalism, his books include The Circle of Reason, The Shadow Lines, In an Antique Land, and Dancing in Cambodia. Ghosh has won France’s Prix Medici Etranger, India’s prestigious Sahitya Akademi Award, the Arthur C. Clarke Award, and the Pushcart Prize. He now divides his time between Harvard University, where he is a visiting professor, and his homes in India and Brooklyn, New York.