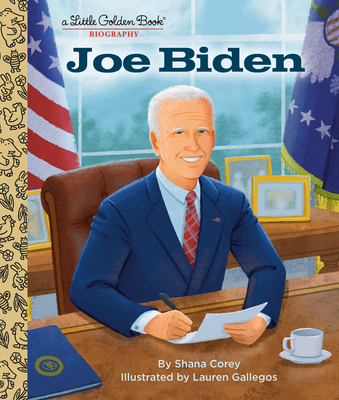 
On Our Shelves Now
Help your little one dream big with a Little Golden Book biography all about President Joe Biden! The perfect introduction to nonfiction for preschoolers!

This Little Golden Book about Joe Biden--who overcame stuttering, served as Vice President under Barack Obama, and was elected the 46th President of the United States--is an inspiring read-aloud for young girls and boys.

Look for Little Golden Book biographies about these other inspiring people:

LAUREN GALLEGOS earned her Bachelors of Fine Arts in Illustration from Cal State Fullerton in 2009 and has been illustrating ever since. She lives in Southern California with her husband and two young children.