The Light of Luna Park (Paperback) 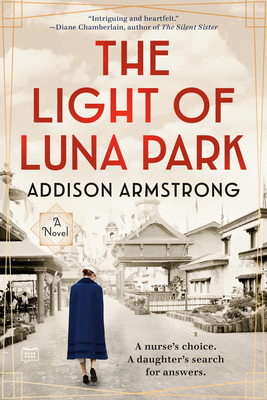 A nurse in 1926 New York steals a premature baby and whisks her to the incubator exhibit at Coney Island in an attempt to save her life. Twenty-five years later, a teacher tries to unravel her mother’s past. A fascinating debut novel.

In the spirit of The Orphan Train and Before We Were Yours, a historical debut about a nurse who chooses to save a baby's life, and risks her own in the process, exploring the ties of motherhood and the little-known history of Coney Island and America's first incubators. A nurse's choice. A daughter's search for answers. New York City, 1926. Nurse Althea Anderson's heart is near breaking when she witnesses another premature baby die at Bellevue Hospital. So when she reads an article detailing the amazing survival rates of babies treated in incubators in an exhibit at Luna Park, Coney Island, it feels like the miracle she has been searching for. But the doctors at Bellevue dismiss Althea and this unconventional medicine, forcing her to make a choice between a baby's life and the doctors' wishes that will change everything. Twenty-five years later, Stella Wright is falling apart. Her mother has just passed, she quit a job she loves, and her marriage is struggling. Then she discovers a letter that brings into question everything she knew about her mother, and everything she knows about herself. The Light of Luna Park is a tale of courage and an ode to the sacrificial love of mothers.

Addison Armstrong graduated from Vanderbilt University in 2020 with degrees in Elementary Education and Language and Literacy Studies. She is currently living in Nashville, TN working with students and obtaining her Master's degree in Reading Education. The Light of Luna Park is her debut novel.