Down to Earth (Hardcover) 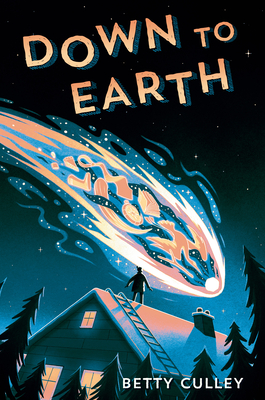 Down to Earth (Hardcover)


On Our Shelves Now
Counting by 7s meets See You in the Cosmos in this heartwarming coming-of-age story perfect for the budding geologists and those fascinated by the mysteries of the universe.

Henry has always been fascinated by rocks. As a homeschooler, he pours through the R volume of the encyclopedia (to help him identify the rocks he finds). So, when a meteorite falls in his family's field, who better to investigate than this rock enthusiast--with his best friend, James, and his little sister, Birdie, in tow, of course.

But soon after the meteorite's arrival, the water in Henry's small Maine town starts drying up. It's not long before news spreads that the space rock and Henry's family might be to blame. Henry is determined to defend his newest discovery, but his knowledge of geology could not have prepared him for how much this stone from the sky would change his community, his family, and even himself.

Science and wonder abound in this middle-grade debut about an inquisitive boy and the massive rock that came down to Earth to reshape his life.
Betty Culley's debut YA novel in verse, Three Things I Know Are True, was a Kids' Indie Next List Top Ten Pick and an ALA-YALSA Quick Pick. Her first middle-grade novel, Down to Earth, is inspired by her fascination with meteorites, voyagers from another place and time. She's worked as a pediatric nurse and lives in a small town in central Maine. You can find her online at bettyculley.com.
"A captivating middle-grade novel.” –Booklist, Starred Review

"This is the perfect match for middle graders starting to sort through what we do know, what we don’t know yet, and what might be unknowable.” –The Bulletin