Who Was Queen Elizabeth II? (Who Was?) (Paperback) 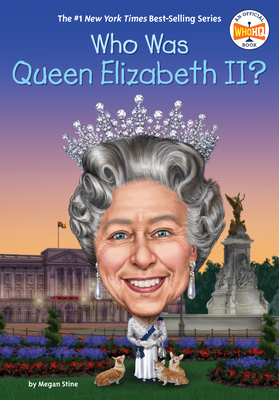 Who Was Queen Elizabeth II? (Who Was?) (Paperback)

By Megan Stine, Who HQ, Laurie A. Conley (Illustrator)


Special Order - Usually Arrives in 1-5 Days
How did a little girl who loved horses become the longest reigning monarch in England? Find out in this addition to the #1 New York Times best-selling Who Was? series!

In 1936, the life of ten-year-old Princess Elizabeth of York changed forever. Although she was a member of the British Royal Family, she never expected to become queen. But when her uncle Edward gave up the throne, suddenly her father was the new king, which meant young Elizabeth was next in line!

Queen Elizabeth reigned for seventy years, and while there were palaces galore, the crown jewels, and trips around the world, her life was one of strict discipline and duty.

This riveting chronicle follows the life of a woman who was both a public figure and an intensely private person and explores how she kept the monarchy together through good times and bad.