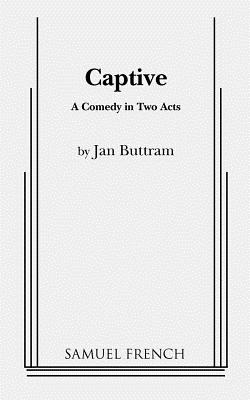 By Jan Buttram
Availability of this title may vary. Please email or call for price.

A hilarious take on a father/daughter relationship, this off beat comedy combines foreign intrigue with down home philosophy. Sally Pound flees a bad marriage in New York and arrives at her parent's home in Texas hoping to borrow money from her brother to pay a debt to gangsters incurred by her husband. Her elderly parents are supposed to be vacationing in Israel, but she is greeted with a shotgun aimed by her irascible father who has been left home because of a minor car accident and is not at all happy to see her. When a news report indicates that Sally's mother may have been taken captive in the Middle East, Sally's hard nosed brother insists that she keep father home until they receive definite word and only then will he loan Sally the money. Sally fails to keep father in the dark and he plans a rescue while she finds she is increasingly unable to skirt the painful truths of her life. The ornery father and his loveable but slightly-dysfunctional daughter come to a meeting of hearts and minds and solve both their problems.