My Seventh-Grade Life in Tights (Hardcover) 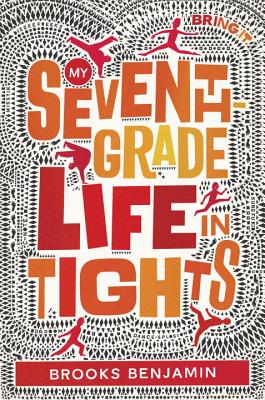 My Seventh-Grade Life in Tights (Hardcover)


Availability to be confirmed
The perfect book for kids who are fans of Dancing with the Stars: Juniors! Football hero. Ninja freestyler. It's seventh grade. Anything is possible.

All Dillon wants is to be a real dancer. And if he wins a summer scholarship at Dance-Splosion, he’s on his way. The problem? His dad wants him to play football. And Dillon’s freestyle crew, the Dizzee Freekz, says that dance studios are for sellouts. His friends want Dillon to kill it at the audition—so he can turn around and tell the studio just how wrong their rules and creativity-strangling ways are.

At first, Dillon’s willing to go along with his crew’s plan, even convincing one of the snobbiest girls at school to work with him on his technique. But as Dillon’s dancing improves, he wonders: what if studios aren’t the enemy? And what if he actually has a shot at winning the scholarship?

Dillon’s life is about to get crazy . . . on and off the dance floor in this kid-friendly humorous debut by Brooks Benjamin.

"I couldn't stop smiling. Equal parts hilarious and heartwarming, Dillon's journey to find his people and his place in the world will charm everyone lucky enough to come along for the ride."--Jessica Cluess, author of A Shadow Bright and Burning

“A rollicking, big-hearted breakdance of a book. It’s a story about friendship that’s got all the moves: humor both sly and slapstick, a diverse cast of characters, and a winning narrator who’s trying to learn how to follow his heart, find the beat, and dance his pants right off.” —Kate Hattemer, author of The Vigilante Poets of Selwyn Academy

In sixth grade, Brooks Benjamin formed a New Kids on the Block tribute dance crew called the New Kidz. He wasn’t that good at dancing. But now he’s got a new crew—his wife and their dog. They live in Tennessee, where he teaches reading and writing and occasionally busts out a few dance moves. He’s still not very good at it.


"Equal parts jazz hands and karate chop, with a dash of football and a pirouette of pure heart. Dillon and the Dizzee Freekz are en pointe. This book will rock you! "--Kristin O'Donnell Tubb, author of The 13th Sign

"An earnest first novel with a solid message about finding out who you are on your own terms."--Kirkus

"A fresh and winning debut about the power of self-expression."--Booklist