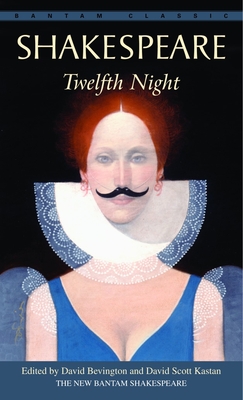 Set in a topsy-turvy world like a holiday revel, this comedy devises a romantic plot around separated twins, misplaced passions, and mistaken identity. Juxtaposed to it is the satirical story of a self-deluded steward who dreams of becoming “Count Malvolio” only to receive his comeuppance at the hands of the merrymakers he wishes to suppress. The two plots combine to create a farce touched with melancholy, mixed throughout with seductively beautiful explorations on the themes of love and time, and the play ends, not with laughter, but with a clown’s sad song.

Each Edition Includes:
• Comprehensive explanatory notes
• Vivid introductions and the most up-to-date scholarship
• Clear, modernized spelling and punctuation, enabling contemporary readers to understand the Elizabethan English
• Completely updated, detailed bibliographies and performance histories
• An interpretive essay on film adaptations of the play, along with an extensive filmography

William Shakespeare (1564–1616) was a poet, playwright, and actor who is widely regarded as one of the most influential writers in the history of the English language. Often referred to as the Bard of Avon, Shakespeare's vast body of work includes comedic, tragic, and historical plays; poems; and 154 sonnets. His dramatic works have been translated into every major language and are performed more often than those of any other playwright.

David Bevington is one of the world's most well-respected Shakespearean scholars. He has served as an editor of several widely acclaimed anthologies, such as English Renaissance Drama: A Norton Anthology, Bantam Shakespeare, Medieval Drama, and The Complete Works of Shakespeare. Since 1967 Bevington has taught at the University of Chicago, specializing in Shakespeare and his contemporaries, as well as Renaissance, medieval, and Western drama. Bevington serves as the chair of theater and performance studies and is a Phyllis Fay Horton Distinguished Service Professor Emeritus in the humanities and in English language and literature.

David Scott Kastan is a noted scholar of early modern English literature and culture. He is the George M. Bodman Professor of English at Yale University, where he specializes in Shakespeare, Milton, and literary history. Prior to joining the Yale faculty in 2008, Kastan taught at Columbia University, Dartmouth College, University College London, Eötvös Loránd University, the University of Copenhagen, and the American University in Cairo, Egypt. Kastan has served as an editor on many Elizabethan, Renaissance, and Shakespearean anthologies. His own scholarly publications include Shakespeare and the Shapes of Time, Shakespeare After Theory, Shakespeare and the Book, and A Will to Believe: Shakespeare and Religion.