The Autobiography of a Snake: Drawings by Andy Warhol (Hardcover) 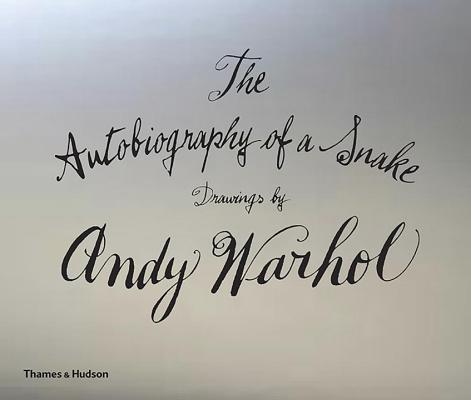 This is the never-before-published story of a snake trying to make it in the world of sixties high society, strongly suggested to be a stand-in for Warhol himself. The snake’s tongue-in-cheek observations as he slithers from adorning Jackie Kennedy’s boots to embellishing Coco Chanel’s shirt will delight the sophisticated fashion crowd. But the stars of the show are Warhol’s whimsical illustrations, revivified with a color scheme inspired by his iconic Pop Art.

Before he achieved his dream of making it big in New York, Andy Warhol worked in advertising for a leather goods company, Fleming-Joffe, alongside Ogden Nash and Piero Fornasetti. It was for Fleming-Joffe that he created these images, held by the Warhol Museum in Pittsburgh, Pennsylvania, and rarely seen until this deluxe publication. The Autobiography of a Snake is a brilliant portrait of Warhol’s obsessions, his talent, and the world he would one day conquer.

Andy Warhol remains one of the best-loved artists of all time. A leader in the genre of Pop Art, his work was strongly influenced by celebrity culture and advertising, where his career began.

Each and every artwork shown in this book will provoke delight and pleasure for the viewer, and one just waltzes through the pages.
— San Francisco Book Review