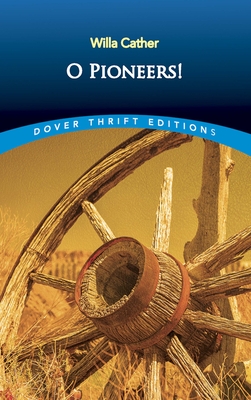 
Availability to be confirmed
- This book cannot be returned
This powerful early Cather novel, a landmark of American fiction, tells the story of the young Alexandra Bergson, whose dying father leaves her in charge of the family and of the Nebraska lands they have struggled to farm. In Alexandra's lifelong fight to survive and succeed, Cather relates an important chapter in the history of the American frontier, evoking the harsh grandeur of the prairie, and comparing with keen insight the experiences of Swedish, French and Bohemian immigrants in the United States.
Pulitzer Prize-winning author Willa Cather (1873-1947) spent her formative years in Nebraska, which was at that time frontier territory. Her exposure to the region's dramatic environment and intrinsic hardships -- along with its diverse population of European-Americans, Native Americans, and immigrants -- shaped and informed much of her fiction.