A Season of Darkness: It Began with the Brutal Murder of Pure Innocence... (Mass Market) 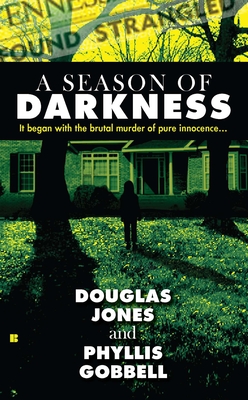 A Season of Darkness: It Began with the Brutal Murder of Pure Innocence... (Mass Market)


Availability to be confirmed
The horrific true crime cold case of Marcia Trimble, the little girl who disappeared while selling Girl Scout cookies and was discovered a month later, strangled. This mystery haunted her family for over 30 years...

When nine-year-old Marcia Trimble was murdered in 1975, her devastated parents believed justice would be served. But without a clear suspect in sight and without the ability to analyze DNA evidence, fingers pointed toward the family and toward neighborhood boys without any definitive conclusion. Police were left at a loss to find any kind of evidence that would lay this brutal murder case to rest and bring peace to the long-suffering family of this innocent little girl.

A Season of Darkness catalogs the gruesome account of the murder and its awful aftermath, detailing the thirty years of wondering, silence, and investigation that would eventually lead to a shocking, unexpected, and long-awaited concusion.
Douglas Jones is a Nashville attorney who has practiced law for more than thirty years. An accomplished litigator, Jones has tried lawsuits throughout the South and has often represented law enforcement. For nine years, he was Chairman of Tricor, the Tennessee Prison Industry program, appointed by the Governor.

Phyllis Gobbell is a Nashville author with an award-winning writing career spanning more than thirty years, including having won the Tennessee’s Individual Artist Literary Award and a Pushcart nomination. She is Associate Professor of English at Nashville State Community College.