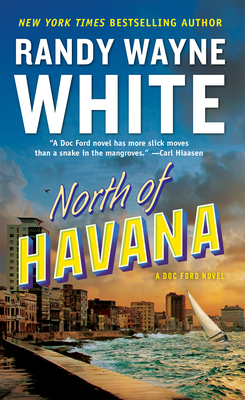 This is book number 5 in the A Doc Ford Novel series.

Randy Wayne White's Doc Ford novels have been praised as "witty" (San Diego Union-Tribune), "must-reads" (Chicago Tribune) and "superb." (Denver Post) Now, White's newest thriller takes Doc Ford to Havana, where his friend is being held by the Cuban government.  Still haunted by his suspected involvement in a plot against Castro, Ford ventures to Cuba--where he finds himself entangled in a web of murder, revenge, and assassination.

From the author of the critically acclaimed novel Captiva (Prime Crime, 5/97)

Will appeal to fans of Carl Hiaasen and John D. Macdonald

"We’ll drop anything we're doing to read a new Randy White novel and be glad we did."  --Denver Post

Randy Wayne White is the author of seventeen previous Doc Ford novels and four collections of nonfiction. He lives in an old house built on an Indian mound in Pineland, Florida.