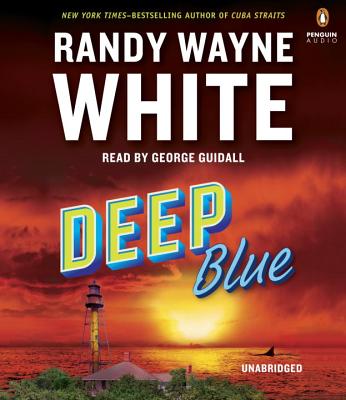 By Randy Wayne White, George Guidall (Read by)
$40.00
Availability to be confirmed

This is book number 23 in the A Doc Ford Novel series.

Doc Ford has long lived a double life. This time, it may finally have caught up to him. The electrifying new thriller from the New York Times-bestselling author.

“I’ll make an example of someone close to you.”
On a moonless night on Sanibel Island, Florida, marine biologist Marion “Doc” Ford carefully watches a video of a hooded man executing three hostages. The man is an American working with ISIS, and in the next few days, it’ll be Ford’s job, as part of his shadowy second life, to make sure he never kills anybody else again.
But a lot can go wrong in a few days, and Ford has no way of knowing that not only will the operation prove to be a lot more complicated than he has anticipated, but that he’ll end up bringing those complications back with him to the small community of boaters, guides, lovers, and friends in Dinkin’s Bay, where he’s long made his home.
Someone has taken Ford’s actions very personally, and now no one there is safe – least of all, Ford himself.
“White continues to provide thinking readers with action-packed thrillers that are also thoughtful and informative,” writes Bookreporter.com. “By the end, you won’t be able to read fast enough.”
Better get started now.

This is Randy Wayne White’s twenty-third Doc Ford book. He has also had four collections of his columns for Outside magazine and elsewhere published—and the new Hannah Smith series has debuted with Gone, Deceived, and Haunted. In 2002, a one-hour documentary film called The Gift of the Game, about White’s trip to Cuba to find the remnants of the Little League teams founded by Ernest Hemingway in the days before Castro, won the Best of the Fest Award from the 2002 Woods Hole Film Festival, then was bought by PBS and broadcast station by station in the spring and summer of 2003. A veteran fishing guide who at one time had his own local PBS show, he lives in an old house on an Indian mound in Pineland, Florida.

“White continues to impress with detail and description of the high-tech marvels that have become a part of everyman’s life.... Deep Blue is the author at his best. You will want to say ‘He is back,’ but he never left”. — Florida Times-Union

“A trip to the Gulf Coast with Doc Ford is never dull…and White doesn’t skimp on the action….This marine biologist increasingly lets his clandestine life as a government operative take him away from his quiet Sanibel Island home [and White] continues to find fresh ways to bring Ford into the chaos of world politics.” — South Florida Sun Sentinel

“As with every Doc Ford story, the writing is tight and the story fast-paced. … [Fans of] thriller heroes from James Bond to Jason Bourne will find a lot to like.” –Associated Press

“In Deep Blue, White turns a cool variation on the dramatic principle known as Chekhov's gun....In this case, you can't pepper the beginning of the book with references to a stupendous great white shark...without bringing her back to, in effect, go off. And she will, when almost everyone least expects it.” — Tampa Bay Times

“It’s surreal and whacky, but darn scary and suspenseful, too. … Mr. White delivers once again the thinking person’s thriller his readers have come to expect, along with excellent management of pacing, settings and characterization. It’s a winner.” --Florida Weekly

“The master has knocked one out of the park. Writing about two subjects he knows and loves, Cuba and baseball, award-winning Florida author Randy Wayne White has produced a series winner with his latest Doc Ford adventure, Cuba Straits.”
— Florida Times-Union

“White shows a new side to his talent here, combining familiar themes and much-loved characters with a real flair for madcap adventure.” — Booklist

“Poor a mojito, think of a place where people clap ‘just because the sun goes down’ and read this.”—Milwaukee Journal Sentinel

“White continues to find fresh ways of bringing Doc into the chaos of world politics...Who Doc decides to save— and why— showcases White’s storytelling at its best.” —South Florida Sun Sentinel

“As always, White keeps the pace of the plot in Cuba Straits revving ever faster. He's also always adept at weaving story and setting together, and this time he takes Doc into fresh territory and makes Cuba just as vivid and alluring as the Florida that is his fiction's usual habitat.” —Tampa Bay Times

“No one but Randy Wayne White could conjure up a crazy tale like Cuba Straits.” —Star-Telegram