Yours Truly, Lucy B. Parker: Vote for Me!: Book 3 (Hardcover) 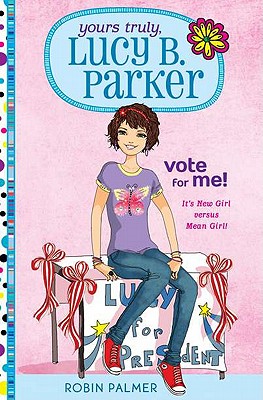 By Robin Palmer
$15.99
Availability to be confirmed

Lucy B. Parker is running for class president And she's up against the most popular girl in school. Sure, Lucy could let her frister (friend + sister), teen superstar Laurel Moses, campaign for her, but Lucy wants to win as Lucy, not as Laurel-Moses'-less-pretty- less-talented stepsister. To make matters worse, Lucy's feeling totally ignored by her dad and his girlfriend, who are preparing for their new baby-and the baby shower is the same week as the election How is Lucy going to manage her famous frister, a soon-to-exist baby, and the campaign of the year all at once?