The Rise and Fall of Adam and Eve (Hardcover) 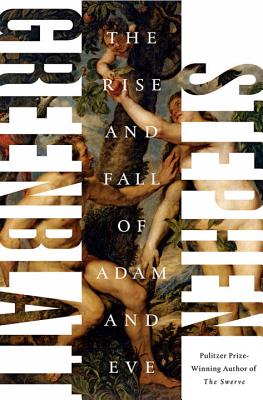 The Rise and Fall of Adam and Eve (Hardcover)

Stephen Greenblatt—Pulitzer Prize– and National Book Award–winning author of The Swerve and Will in the World—investigates the life of one of humankind’s greatest stories.

Bolder, even, than the ambitious books for which Stephen Greenblatt is already renowned, The Rise and Fall of Adam and Eve explores the enduring story of humanity’s first parents. Comprising only a few ancient verses, the story of Adam and Eve has served as a mirror in which we seem to glimpse the whole, long history of our fears and desires, as both a hymn to human responsibility and a dark fable about human wretchedness.

Tracking the tale into the deep past, Greenblatt uncovers the tremendous theological, artistic, and cultural investment over centuries that made these fictional figures so profoundly resonant in the Jewish, Christian, and Muslim worlds and, finally, so very “real” to millions of people even in the present. With the uncanny brilliance he previously brought to his depictions of William Shakespeare and Poggio Bracciolini (the humanist monk who is the protagonist of The Swerve), Greenblatt explores the intensely personal engagement of Augustine, Dürer, and Milton in this mammoth project of collective creation, while he also limns the diversity of the story’s offspring: rich allegory, vicious misogyny, deep moral insight, and some of the greatest triumphs of art and literature.

The biblical origin story, Greenblatt argues, is a model for what the humanities still have to offer: not the scientific nature of things, but rather a deep encounter with problems that have gripped our species for as long as we can recall and that continue to fascinate and trouble us today.

Stephen Greenblatt (Ph.D. Yale) is Cogan University Professor of the Humanities at Harvard University. Also General Editor of The Norton Anthology of English Literature, he is the author of eleven books, including Tyrant, The Rise and Fall of Adam and Eve: The Story that Created Us, The Swerve: How the World Became Modern (winner of the 2011 National Book Award and the 2012 Pulitzer Prize); Shakespeare's Freedom; Will in the World: How Shakespeare Became Shakespeare; Hamlet in Purgatory; Marvelous Possessions: The Wonder of the New World; Learning to Curse: Essays in Early Modern Culture; and Renaissance Self-Fashioning: From More to Shakespeare. He has edited seven collections of criticism, including Cultural Mobility: A Manifesto, and is a founding coeditor of the journal Representations. His honors include the MLA’s James Russell Lowell Prize, for both Shakespearean Negotiations: The Circulation of Social Energy in Renaissance England and The Swerve, the Sapegno Prize, the Distinguished Humanist Award from the Mellon Foundation, the Wilbur Cross Medal from the Yale University Graduate School, the William Shakespeare Award for Classical Theatre, the Erasmus Institute Prize, two Guggenheim Fellowships, and the Distinguished Teaching Award from the University of California, Berkeley. He was president of the Modern Language Association of America and is a fellow of the American Academy of Arts and Sciences, the American Philosophical Society, and the American Academy of Arts and Letters.
With all his usual clarity and freshness, one of our foremost literary historians and critics sets out a comprehensive picture of how a story foundational for European civilization developed, from its origins in western Asia to its much-contested place in the post-Darwinian world… This is a rich, learned, lively book, which should engage all who are interested in the history of our imagination and the interweavings of faith, poetics, and philosophy.
— Rowan Williams, former archbishop of Canterbury

A rare combination of wide-ranging erudition with verve of exposition. Even the most familiar materials are seen in a fresh, and humane, light. This is a book that makes one understand why old myths matter, even when they perceived unblinkingly as myths.
— Robert Alter, author of Pen of Iron: American Prose and the King James Bible

Bare then clothed, innocent then ashamed, blessed then cursed, sheltered then exiled. Stephen Greenblatt tracks Adam and Eve from an astute reading of the ancient origins of their story through a serendipitous tour of their afterlife in Jewish, Christian, and sometimes Muslim art, literature, and philosophy down to their post-Darwinian persistence in our own time. Endlessly illuminating and a sheer pleasure to read.
— Jack Miles, author of God: A Biography and general editor of The Norton Anthology of World Religions

[A]lmost dizzying in its scope; Greenblatt draws from history, religion, art and science, and he writes about all of these fields with infectious enthusiasm. It's a strikingly intelligent book, but it's also accessible; he's a clear, unpretentious writer who can hardly hide his fascination with the subject.
— Michael Schaub - NPR Books

Most modern theories of human civilisation are, fundamentally, about the need to deal with mortality. Stephen Greenblatt’s thrilling new book, however, on the peregrinations of the story of Adam and Eve – the world’s most influential attempt to arrest the infinite regress of creation – shows just how central the question of human origins has been to pre-scientific conceptions of humanity.
— Tim Whitmarsh - Guardian

Greenblatt’s particular genius is in synthesizing a vast array of knowledge, connecting the dots between anthropology, archaeology, biology, theology, history, philosophy, art and literature. . . . In The Rise and Fall of Adam and Eve he does this brilliantly, creating a compelling and nuanced account.