The Stranger Beside Me: Ted Bundy: The Classic Story of Seduction and Murder (Hardcover) 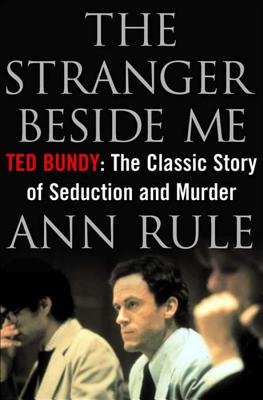 The Stranger Beside Me: Ted Bundy: The Classic Story of Seduction and Murder (Hardcover)

A new edition of the iconic, best-selling account of America’s most fascinating serial killer, “perhaps the most unnerving true-crime book ever published” (Victoria Beale, The New Yorker).

In 1971, while working the late-shift at a Seattle crisis clinic, true-crime writer Ann Rule struck up a friendship with a sensitive, charismatic young coworker: Ted Bundy. Three years later, eight young women disappeared in seven months, and Rule began tracking a brutal mass murderer. But she had no idea that the “Ted” the police were seeking was the same Ted who had become her close friend and confidant. As she put the evidence together, a terrifying picture emerged of the man she thought she knew—his magnetic power, his bleak compulsion, his double life, and, most of all, his string of helpless victims. Bundy eventually confessed to killing at least thirty-six women across the country.

Forty years after its initial publication, The Stranger Beside Me remains a gripping, intimate, and unforgettable true-crime classic, “as dramatic and chilling as a bedroom window shattering at midnight” (New York Times).

Ann Rule (1931—2015) wrote thirty-five New York Times best-selling books of true crime, including Small Sacrifices and Too Late to Say Goodbye. A former Seattle police officer, she was a powerful advocate for victims of violent crime.