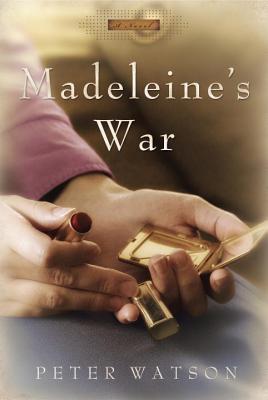 By Peter Watson
$26.95
Availability to be confirmed

A compulsively readable blend of romance and drama based on actual events in Britain and France leading up to D-Day in 1944
Matthew Hammond is a British military officer posted to the European theater during World War II. He sustained a serious injury on the front lines, so bad, in fact, that it cost him a lung. Now he is back in England, unable to fight, but he continues to serve his country by training new resistance fighters.
One of the recruits under his command is Madeleine, a spellbinding, impassioned French-Canadian with eyes the burnished brown of whiskey. Despite military convention discouraging romance, they fall deeply in love, and Matthew is torn about putting Madeleine's life in danger. He already has one tragic affair with a Resistance fighter burdening his heart his former lover, Celestine, was killed because her assassination of a German doctor went awry.
But the Allies are mustering all their resources for crucial beach landings in Normandy, and Matthew knows his unit will need to play a role. It will be a very dangerous mission: parachuting Madeleine in behind the Nazi lines. As she progresses through the training with her fellow recruits, Matthew can only hope that the skills he has taught her will keep her safe when the drop finally arrives. Drawing on true historical events, Watson delivers a tense, vivid tale of love during wartime, when the fates of men and women are caught in the sweep of history.

Peter Watson is a well-known and respected historian whose books are published in seventeen languages. He was educated at the Universities of Durham, London, and Rome, and his writing has appeared inThe New York Times, theLos Angeles Times, and numerous publications in the United Kingdom. Since 1998 he has been a research associate at the McDonald Institute for Archaeological Research at the University of Cambridge. He has written two previous novels, Gifts of WarandThe Clouds Beneath the Sun, under the pen name Mackenzie Ford."