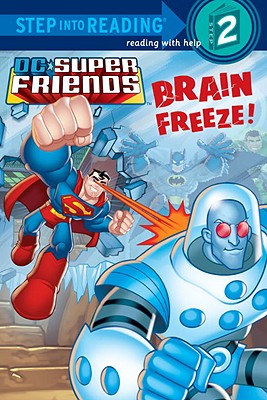 
Availability to be confirmed
The city of Metropolis shivers when it feels Mr. Freeze's icy touch. But never fear: BATMAN, SUPERMAN, and the rest of the DC Super Friends will melt this coldhearted villain's frosty plans! This Step 2 Step into Reading book is easy—and fun—for boys ages 4 to 7 to read.
J. E. Bright has authored more than 110 novels, novelizations, novelty books, storybook apps, and nonfiction books for young readers. He has written about DC Comics superheroes, Alvin and the Chipmunks, and Scooby-Doo, among other popular characters. Bright lives in Washington Heights, New York, with a difficult but soft cat named Mabel and a happy puppy named Henry. To learn more, visit jebright.com.

Established in July 2013 in a merger between Penguin and Random House, Penguin Random House, with nearly 250 independent imprints and brands on five continents, more than 15,000 new titles published each year, and close to 800 million print, audio, and eBooks sold annually, is the world’s leading trade book publisher. Like its predecessor companies, Penguin Random House is committed to publishing adult and children’s fiction and nonfiction print editions and is a pioneer in digital publishing. Its publishing lists include more than 60 Nobel Prize laureates and hundreds of the world’s most widely read authors.