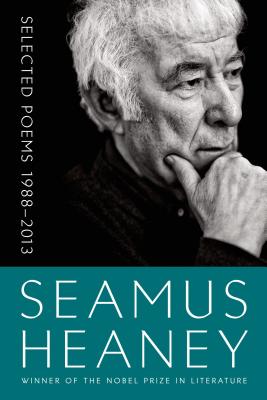 Often considered to be "the greatest poet of our age" (The Guardian), Seamus Heaney was awarded the Nobel Prize in Literature in 1995 "for works of lyrical beauty and ethical depth, which exalt everyday miracles and the living past." He saw poetry as a vocation and credited it with "the power to persuade the vulnerable part of our consciousness of its rightness in spite of the evidence of wrongness all around it, the power to remind us that we are hunters and gatherers of values." Paul Muldoon wrote that Heaney was "the only poet I can think of who was recognized worldwide as having moral as well as literary authority."
Shortly before his death in 2013, Seamus Heaney began to compile Selected Poems 1988–2013, and although he was unable to complete the project, his choices have been followed here. This volume encapsulates the finest work from Seeing Things (1991) with its lines of loss and revelation; The Spirit Level (1996) where we experience "the poem as ploughshare that turns time / Up and over."; the landmark translation of Beowulf (1999); Electric Light (2001), a book of origins and oracles; and his final collections, District and Circle (2006) and Human Chain (2010), which limn the interconnectedness of being, our lifelines to our inherited past.

Seamus Heaney (1939-2013) received the Nobel Prize in Literature in 1995. His poems, plays, translations, and essays include Opened Ground, Electric Light, Beowulf, The Spirit Level, District and Circle, and Finders Keepers. Robert Lowell praised Heaney as the "most important Irish poet since Yeats."

"Perhaps the best descriptions of Seamus Heaney's extraordinarily rich and varied oeuvre come from the poet's own work. Mr. Heaney has created a remarkable series of poems that stay 'true to the impact of external reality' while at the same time remaining 'sensitive to the inner laws of the poet's being.'"—Michiko Kakutani, The New York Times

"Having just reread most of his poems, I find myself more, not less, interested, and convinced that I have only begun to plumb their bracing depths . . . The poems stay in the mind, which is the one essential feature of major poetry."—Jay Parini, The Nation

"Heaney's commitment to the independence of his art, to the pursuit of shape and richness and abundant ambiguity, is also a profound commitment to the quality of public life . . . In a dark time, Heaney . . . has turned borders and dividing lines into rich frontiers."—Fintan O'Toole, The New York Review of Books