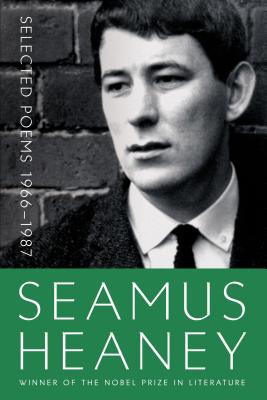 "Between my fingers and my thumb
The squat pen rests.
I'll dig with it."

Selected Poems 1966–1987 assembles the groundbreaking work of the first half of Seamus Heaney's extraordinary career. This edition, arranged by the author himself, includes the seminal early poetry that struck readers with the force of revelation and heralded the arrival of an heir to Gerard Manley Hopkins, W. B. Yeats, and Robert Frost.
Helen Vendler called Heaney "a poet of the in-between," and the work collected here dwells in the borderlands dividing the ancient and the contemporary, the mythic and the quotidian. Gathering poetry from his first seven collections, Selected Poems 1966-1987 presents the young man from County Derry, Northern Ireland, who "emerged from a hidden, a buried life" in Death of a Naturalist (1966), with his cherished poems "Digging" and "Mid-term Break"; the poet of conscience "as bleak as he is bright" in "Whatever You Say Say Nothing" and "Singing School"; and the astonishingly gifted, mature craftsman behind Field Work (1979) and Station Island (1984)—an artist uncannily attuned to the "music of what happens," restlessly searching "for images and symbols adequate to our predicament."
This volume, together with its companion Selected Poems 1988–2013, allows us to revisit the essential work of one of the great writers of our age through his own compilation.

Seamus Heaney (1939-2013) received the Nobel Prize in Literature in 1995. His poems, plays, translations, and essays include Opened Ground, Electric Light, Beowulf, The Spirit Level, District and Circle, and Finders Keepers. Robert Lowell praised Heaney as the "most important Irish poet since Yeats."

“[Heaney] gives the double impression that nothing gets lost in the translation of the world into poetry, and that it is only through the poetry that the world to which it refers comes fully into existence . . . His is an earth that speaks directly and in recognition to the body. It is without even the vestige of alienation. At the root of every word there is a tentacular handshake between the speaker and the thing spoken of.” —Seamus Deane, Times Literary Supplement

“Mr. Heaney's patch, of course, is Ireland--its present turmoil and mutilated native culture, within a topography of farmland, rock, and omnipresent bog that preserves, like memory, the 'perishable treasure' of its past. Associated, too, with his growth as a poet is the anomaly of Mr. Heaney's rural Roman Catholic origin in Protestant Northern Ireland . . . Certainly no contemporary poet has taken his role more seriously, or sought more assiduously to define the area of his responsibility. By electing to open Selected Poems 1966-1987 with 'Digging'--a sign-post indicating the direction his future would take--and to put 'The Mud Vision' at the end, Mr. Heaney himself provides a trustworthy guide to his underworld . . . Since the poems in this volume are arranged chronologically, the reader is encouraged to follow, book by book, the 'stations' of the poet's 'dig.' With an archaeologist's deftness, he excavates his roots--now personal, now lost in the turf of saga, myth, and history, yet sensitive always to the claims of equivalent language.” —Anne Stevenson, The New York Times Book Review