I Believe in a Thing Called Love (Hardcover) 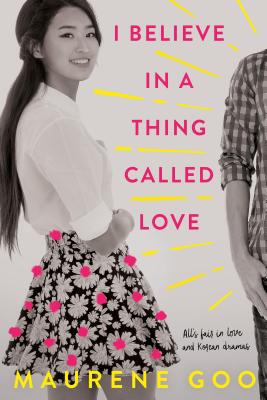 I Believe in a Thing Called Love (Hardcover)

A Seventeen.com Best YA Books of 2017
A Publishers Weekly's Best YA Book of 2017
A New York Public Library Notable Best Book for Teens 2017
A 2018 CCBC Choices Book

Desi Lee believes anything is possible if you have a plan. That's how she became student body president. Varsity soccer star. And it's how she'll get into Stanford. But she's never had a boyfriend. In fact, she's a disaster at romance, a clumsy, stammering humiliation magnet whose botched attempts at flirting have become legendary with her friends. So when the hottest human specimen to have ever lived walks into her life one day, Desi finds guidance in the Korean dramas her father has been obsessively watching for years—where the hapless heroine always seems to end up in the arms of her true love by episode ten. It's a simple formula, and Desi is a quick study. Armed with her "K Drama Steps to True Love," Desi goes after the moody, elusive artist Luca Drakos—and boat rescues, love triangles, and staged car crashes ensue. But when the fun and games turn to true feels, Desi finds out that real love is about way more than just drama.

Maurene Goo grew up in a Los Angeles suburb surrounded by floral wallpaper, one thousand cousins, and piles of books. She studied communication at UC San Diego and then later received a Masters in publishing, writing, and literature at Emerson College. Before publishing her first book, Since You Asked, she worked in both textbook and art book publishing. She has very strong feelings about tacos and houseplants. She lives in Los Angeles with her husband and two cats.

“The art-centric romance that develops between Desi and Luca is rewarding to follow, as are their parental relationships, particularly that between Desi and her widowed Appa. Goo simultaneously honors and deconstructs romantic tropes, both in general and specific to K dramas, and does so using a wonderfully diverse cast.” —Publishers Weekly, starred review

“In the tradition of best-laid plans, Desi’s goes painfully awry in ways that elevate the story above the level of fluffy, cross-cultural rom-com. Friends and family are well crafted to inspire discussions about the comfort and complications they afford . . . Readers who crave believability with their fun and wit will be satisfied with the way the plan works out.” —VOYA

"This is the book I desperately wish I could have read when I was in high school. I love this book so much, and I can't wait to give it to my kids and every teen I know. Fun, snarky, flawed-but-great characters come alive on the pages and make you wish you could hang out with them every day. And a romance so sweet you find yourself rooting desperately for it all to work out. But possibly my absolute favorite part is that it has one of the best father/daughter relationship dynamics I've ever read in a YA novel. I fell in love with the relationships as well as the characters. Charming and awkward and hysterically funny, this is simply awesome!" —Ellen Oh, author of the Prophecy series and founder of We Need Diverse Books

"I Believe in a Thing Called Love is the perfect summer read—really, the perfect anytime read. I laughed and I swooned and I streamed way too many K dramas. Maurene Goo's fresh, funny writing had me hooked from the first chapter. I loved it!" —Morgan Matson, New York Times–bestselling author of The Unexpected Everything

"This is a hilarious and endearing romance full of zany Korean-drama fun. You'll fall in love even as you're falling into a pool!" —Melissa de la Cruz, #1 New York Times–bestselling author of The Isle of the Lost: A Descendants Novel and Something In Between