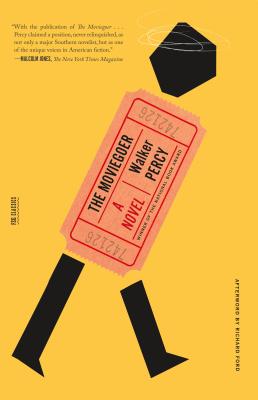 Winner of the 1962 National Book Award and one of Time magazine’s 100 Best English-Language Novels, Walker Percy’s debut The Moviegoer is an American masterpiece and a classic of Southern literature. Insightful, romantic, and humorous, it is the story of a young man’s search for meaning amid a shallow consumerist landscape.

Binx Bolling, a young New Orleans stockbroker, fills his days with movies and casual sex. His life offers him nothing worth retaining; what he treasures are scenes from The Third Man or Stagecoach, not the personal experiences he knows other people hold dear. On the cusp of turning thirty, however, something changes: At Mardi Gras, he embarks on a quest for some form of authentic experience. The consequences of Binx’s quest, on both himself and his unstable cousin Kate, prove outrageous, absurd, moving, and indelible.

Featuring an afterword by Paul Elie, this new edition of The Moviegoer cements Walker Percy’s place as a giant of American literature.

Walker Percy wrote several books, many of them bestsellers, and is considered one of the greatest American writers of our time. His books include The Moviegoer and Love in the Ruins.

Paul Elie, for many years a senior editor with FSG, is now a senior fellow with Georgetown University's Berkley Center for Religion, Peace, and World Affairs. His first book, The Life You Save May Be Your Own, received the PEN/Martha Albrand Prize and was a National Book Critics Circle award finalist in 2003. He lives in New York City.