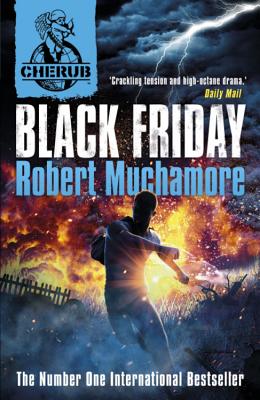 This is book number 3 in the Cherub (Paperback) series.

The fifteenth title in the number one bestselling CHERUB series!

Ryan is about to board a plane, knowing that the next twenty-four hours will change everything. His mission is to stop the biggest terrorist attack America's ever seen.

Ryan works for CHERUB, a secret organisation with one key advantage: even a trained terrorist won't suspect that a teenager is spying on them.

He was inspired to start writing by his nephew`s complaints about the lack of anything for him to read! His books are now bestsellers in many countries around the world. For more information, go to www.muchamore.com.
A must read for any real fan. It is a fast paced action thriller well up to the usual Robert Muchamore standard—School Librarian

Chillingly familiar and modern ... a captivating yet complex and wide reaching narrative. Taut, tense and with stakes so high they sometimes feel hard to look over, this is a cacophonic climax to the latest trilogy—Books For Keeps

The latest thrilling instalment in the second CHERUB series, featuring a brand new cast of characters who are just as compelling as the first—Regency Bookshop

A must-read for teenagers—Daily Express

The pace is fast and action awaits you on every page ... a real page turner—The Olly Book Blog

A skilful writer and the book has great pace.—Financial Times

The latest thrilling installment in the second CHERUB series, featuring a brand new cast of characters who are just as compelling as the first.—Regency Bookshop