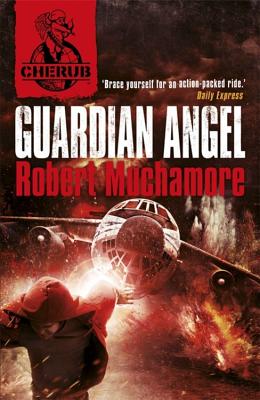 This is book number 2 in the Cherub (Paperback) series.

The fourteenth title in the number one bestselling CHERUB series!

Ryan has saved Ethan's life more than once. Ethan thinks he must be a guardian angel. But Ryan works for CHERUB, a secret organisation with one key advantage: even experienced criminals never suspect that children are spying on them. Ethan's family runs a billion-dollar criminal empire and Ryan's job is to destroy it. Can Ryan complete his mission without destroying Ethan as well?

He was inspired to start writing by his nephew's complaints about the lack of anything for him to read! The CHERUB series has now become a number one bestseller in several countries. For more information, go to www.muchamore.com.
the ever-popular Robert Muchamore once again grabs the reader's attention with an engaging cast of characters ... Muchamore fans will love this instalment of the CHERUB series—Booktrust

Action-packed ... fast-paced and thrilling, the story makes for an exciting read—Books For Keeps

I like books with lots of adventure and action and I think Robert Muchamore is the best at writing those kinds of stories ... There are lots of twists in the story that make it really exciting—B Low, aged 10, Scottish Daily Record

A whirlwind of a novel that will keep you guessing, plotting thinking and hoping right until the last page—Sebastian Westwood, First News

A skilful writer and the book has great pace.—Financial Times

The ever-popular Robert Muchamore once again grabs the readers attention with an egaging cast of characters. Muchamore fans will love this instalment of the CHERUB series.—Booktrust