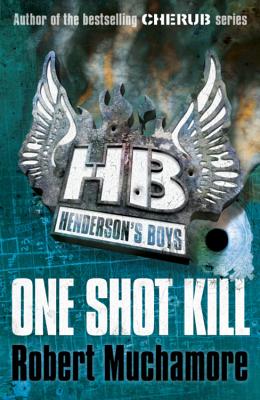 Spring, 1943. The war is turning against Germany, but Hitler isn't giving up. In a secret bunker deep in occupied France, scientists are hard at work on Hitler's latest deadly weapon: code name FZG-76.

Back in England Henderson's boys will need to undergo advanced sniper training if they've any chance of infiltrating the bunker. Parachuting into occupied France, they track down a secret dossier filled with invaluable material - and uncover the meaning of the enigmatic code.

He was inspired to start writing by his nephews` complaints about the lack of anything for them to read!

The CHERUB series has now become a number one bestseller in several countries.

For more information, go to www.muchamore.com.

It has the feel of something quite big and satisfying... Muchamore's voice is fresh and direct.—Daily Telegraph

A must-read for all teenagers.—Woman's Way

A high-octane read that kept me on the edge of my seat.—Daily Express

My favourite book is One Shot Kill... it is full of adventure and excitement. -Charlie Weeks / 11 yrs old—The Abingdon Herald