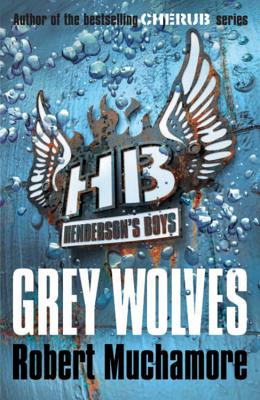 German submarines are prowling the North Atlantic, sinking ships filled with the food, fuel and weapons that Britain needs to survive.

With the Royal Navy losing the war at sea, six young agents must sneak into Nazi-occupied Europe and sabotage a submarine base on France's western coast.

If the submarines aren't stopped, the British people will starve.

He was inspired to start writing by his nephews' complaints about the lack of anything for them to read!

The CHERUB series has now become a number one bestseller in several countries.

For more information, go to www.muchamore.com.

There wasn't a boring chapter—The Guardian

The action hurtles along at break-neck speed—NATE Classroom

A must-read for all teenagers—Woman's Way

'Muchamore's plain, punchy,often funny style ... is highly effective. This clever, tense novel is a great way of getting bored boys interested in history.' (The Escape)—Amanda Craig, The Times

A stunning read for anyone, a real gem in the Henderson's Boys series that has already flown off the shelves.—First News

The action hurtles along at break-neck speed.—NATE