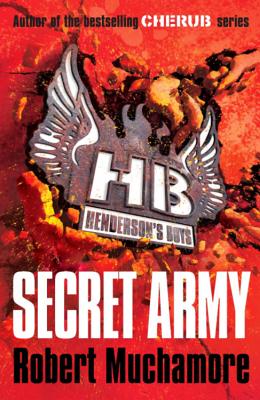 Britain, 1941.
The government is building a secret army of intelligence agents to work undercover, gathering information and planning sabotage operations. Henderson's boys are part of that network: kids cut adrift by the war, training for the fight of their lives. They'll have to parachute into unknown territory, travel cross-country and outsmart a bunch of adults in a daredevil exercise.
In wartime Britain, anything goes.

Robert Muchamore was born in Islington in 1972 and spent thirteen years working as a private investigator. He was inspired to create the CHERUB series by his nephew's complaint about the lack of anything for him to read!
'Muchamore's plain, punchy,often funny style ... is highly effective. This clever, tense novel is a great way of getting bored boys interested in history.' (The Escape)—Amanda Craig, The Times