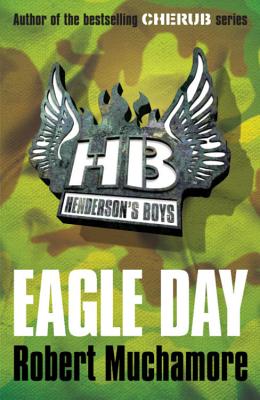 Hitler has conquered France. Now he intends to cross the Channel and defeat Britain before winter arrives.

A group of young refugees led by British spy Charles Henderson faces a stark choice. To head south into the safety of neutral Spain, or go north on a risky mission to sabotage the German invasion plans.

Robert Muchamore was born in Islington in 1972 and spent thirteen years working as a private investigator. He was inspired to create the CHERUB series by his nephews` complaints about the lack of anything for them to read!
A thrilling page turner you won't want to put down—Western Mail

'Muchamore's plain, punchy,often funny style ... is highly effective. This clever, tense novel is a great way of getting bored boys interested in history.' (The Escape)—Amanda Craig, The Times