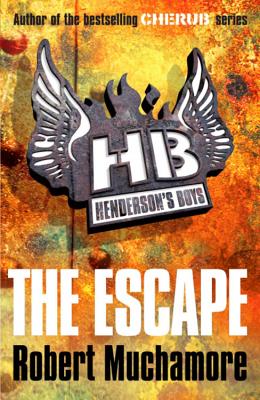 Hitler's army is advancing towards Paris, and millions of French civilians are on the run.

Amidst the chaos, two British children are being hunted by German agents.

British spy Charles Henderson tries to reach them first, but he can only do it with the help of a twelve-year-old French orphan.

The British secret service is about to discover that kids working undercover will help to win the war.

Robert Muchamore was born in Islington in 1972 and spent thirteen years working as a private investigator. He was inspired to create the CHERUB series by his nephews` complaints about the lack of anything for them to read! Learn more at www.muchamore.com.
Gripping and compelling, this leaves readers on the edge of their seats, waiting for the next exciting instalment—Carousel

Gripping adventure ... Muchamore, author of the equally excellent Cherub series, knows exactly how to write for teenagers and this is a fantastic—The Sun

Muchamore emphases the power of his child protagonists to endure, to keep fighting whatever the insanely unfair world of adults throws at them—Waterstone's Books Quarterly

This book was unputdownable. It gripped me from start to finish—Aaron Marchant, aged 14, First News

'It has the feel of something quite big and satisfying... Muchamore's voice is fresh and direct.'—Daily Telegraph

has the feel of something quite big and satisfying ... Muchamore's voice is fresh and direct—The Daily Telegraph