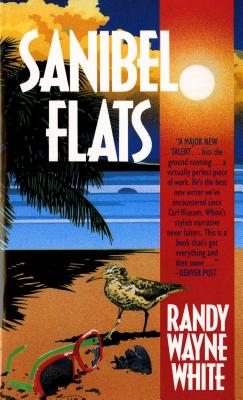 By Randy Wayne White
$8.99
Availability to be confirmed

This is book number 1 in the Doc Ford Novels series.

Its cool gulf breezes lured him from a life of danger. Its dark undercurrents threatened to destroy him.

After ten years of living life on the edge, it was hard for Doc Ford to get that addiction to danger out of his system. But spending each day watching the sun melt into Dinkins Bay and the moon rise over the mangrove trees, cooking dinner for his beautiful neighbor, and dispensing advice to the locals over a cold beer lulled him into letting his guard down.

How could he refuse his old friend's request-even if it would put him back on the firing line? Even if it would change forever the life he'd built here on Sanibel Island?

Randy Wayne White is the New York Times bestselling and award-winning author of the Doc Ford series. In 2011, White was named a Florida Literary Legend by the Florida Heritage Society. A fishing and nature enthusiast, he has also written extensively for National Geographic Adventure, Men's Journal, Playboy and Men's Health. He lives on Sanibel Island, Florida, where he was a light-tackle fishing guide for many years, and spends much of his free time windsurfing, playing baseball, and hanging out at Doc Ford's Rum Bar & Grille. His first middle-grade novel is Fins.

“A major new talent...hits the ground running...a virtually perfect piece of work. He's the best new writer we've encountered since Carl Hiassen. White's stylish narrative never falters. This is a book that's got everything and then some...” —Denver Post

“He describes southwestern Florida so well it's easy to smell the salt tang in the air and feel the cool gulf breeze.” —Mansfield News Journal

“A promising debut from another Floridian who can turn a phrase.” —Booklist