A Bigamist's Daughter: A Novel (Paperback) 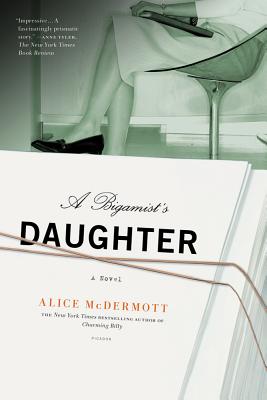 A Bigamist's Daughter: A Novel (Paperback)


Elizabeth Connelly, editor at a New York vanity press, sells the dream of publication (admittedly, to writers of questionable talent). Stories of true emotional depth rarely cross her desk. But when a young writer named Tupper Daniels walks in, bearing an unfinished novel, Elizabeth is drawn to both the novelist and his story—a lyrical tale about a man in love with more than one woman at once. Tupper's manuscript unlocks memories of her own secretive father, who himself may have been a bigamist. As Elizabeth and Tupper search for the perfect dénouement, their affair, too, approaches a most unexpected and poignant coda.
A brilliant debut from one of our most celebrated authors, A Bigamist's Daughter is "a wise, sad, witty novel about men and women, God, hope, love, illusion, and fiction itself" (Newsweek).

“One of our finest novelists at work today.” —Los Angeles Times

“There's no one like Alice McDermott…her touch is light as a feather, her perceptions purely accurate.” —Elle

“McDermott is an enormously skilled and assured writer who transforms the ordinary into something magical.” —The Cleveland Plain Dealer