Love in a Cold Climate (Radlett and Montdore #2) (Paperback) 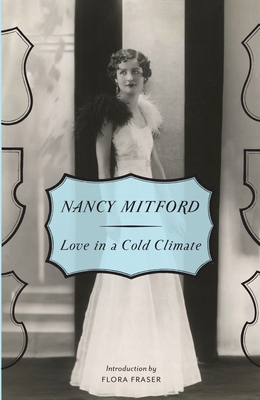 Love in a Cold Climate (Radlett and Montdore #2) (Paperback)

This is book number 2 in the Radlett and Montdore series.

A sparkling romantic comedy that vividly evokes the lost glamour of aristocratic life in England between the wars.

Polly Hampton has long been groomed for the perfect marriage by her mother, the fearsome and ambitious Lady Montdore. But Polly, with her stunning good looks and impeccable connections, is bored by the monotony of her glittering debut season in London. Having just come from India, where her father served as Viceroy, she claims to have hoped that society in a colder climate would be less obsessed with love affairs.

The apparently aloof and indifferent Polly has a long-held secret, however, one that leads to the shattering of her mother’s dreams and her own disinheritance. When an elderly duke begins pursuing the disgraced Polly and a callow potential heir curries favor with her parents, nothing goes as expected, but in the end all find happiness in their own unconventional ways.

Featuring an introduction by Flora Fraser.
Nancy Mitford, daughter of Lord and Lady Redesdale and the eldest of the six legendary Mitford sisters, was born in 1904 and educated at home on the family estate in Oxfordshire. She made her debut in London and soon became one of the bright young things of the 1920s, a close friend of Henry Green, Evelyn Waugh, John Betjeman, and their circle. A beauty and a wit, she began writing for magazines and writing novels while she was still in her twenties. In all, she wrote eight novels as well as biographies of Madame de Pompadour, Voltaire, Louis XIV, and Frederick the Great. She died in 1973. More information can be found at www.nancymitford.com.
“Mitford’s art at its best is so fine, so beautifully shimmering with wit and gaiety that it creates a standard of its own.” —The New Republic