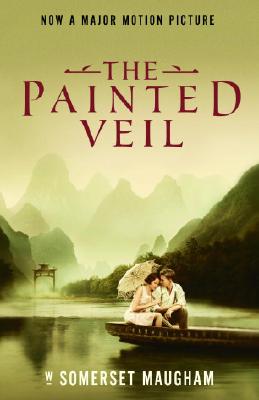 
On Our Shelves Now
Set in England and Hong Kong in the 1920s, The Painted Veil is the story of the beautiful but love-starved Kitty Fane. When her husband discovers her adulterous affair, he forces her to accompany him to the heart of a cholera epidemic. Stripped of the British society of her youth and the small but effective society she fought so hard to attain in Hong Kong, she is compelled by her awakening conscience to reassess her life and learn how to love.

The Painted Veil is a beautifully written affirmation of the human capacity to grow, to change, and to forgive.
W. Somerset Maugham was one of the twentieth century’s most popular novelists as well as a celebrated playwright, critic, and short story writer. He was born in Paris but grew up in England and served as a secret agent for the British during World War I. He wrote many novels, including the classics Of Human Bondage, The Razor’s Edge, Cakes and Ale, Christmas Holiday, The Moon and Sixpence, Theatre, and Up at the Villa.
“The modern writer who has influenced me the most.” – George Orwell