Growth and Welfare in Advanced Capitalist Economies: How Have Growth Regimes Evolved? (Hardcover) 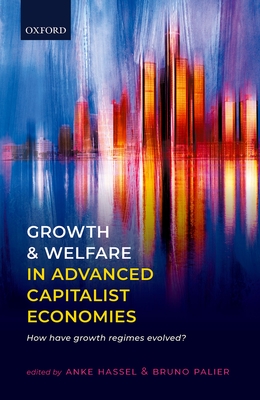 Growth and Welfare in Advanced Capitalist Economies takes stock of the major economic challenges that advanced industrial democracies have faced since the early 1990s and the responses by governments to them. It has three goals: firstly, to further our understanding of how political economies
have transformed over the past decades; secondly, to analyse the contribution of governments to these changes, by looking at their growth strategies and thirdly, to highlight and analyse the role of the reforms of welfare systems in this transformative change. In a nutshell, this book maps and provides general understanding of the evolution of growth regimes in advanced capitalist countries. It identifies five main growth regimes in contemporary advanced capitalist economies (three export-led and two domestic demand-led ones). To do so the book combines a
supply side approach to economic growth as advocated by the Varieties of Capitalism Literature (OUP, 2001) with a demand side perspective as the recent discussion on growth models has exemplified. It argues that all political economies consist of growth regimes, which are based on a set of
institutions that shape the supply side of the economy as well as on demand drivers such as government spending and private consumption. Both supply and demand are heavily shaped by the welfare state which provides for skills through education systems and stimulates demand through high social
spending and private pension funds. The book focuses on the analysis of welfare reforms as growth strategies pursued by governments in an era characterised by financialization and the rise of the knowledge economy.