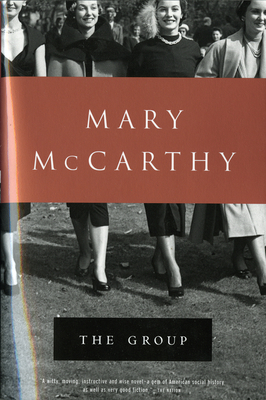 Written with a trenchant, sardonic edge, The Group is a dazzlingly outspoken novel and a captivating look at the social history of America between two world wars. "Juicy, shocking, witty, and almost continually brilliant."—CosmopolitanAward-winning Mary McCarthy’s most celebrated novel follows the lives of eight Vassar graduates, known simply to their classmates as “the group.” An eclectic mix of personalities and upbringings, they meet a week after graduation to watch Kay Strong get married. After the ceremony, the women begin their adult lives — traveling to Europe, tackling the worlds of nursing and publishing, and finding love and heartbreak in the streets of New York City. Through the years, some of the friends grow apart and some become entangled in each other's affairs, but all vow not to become like their mothers and fathers. It is only when one of them passes away that they all come back together again to mourn the loss of a friend, a confidante, and most importantly, a member of the group.

MARY MCCARTHY (1912–1989) was an award-winning short-story writer, bestselling novelist, essayist, and critic. She was the author of The Stones of Florence and Birds of America, among other books.