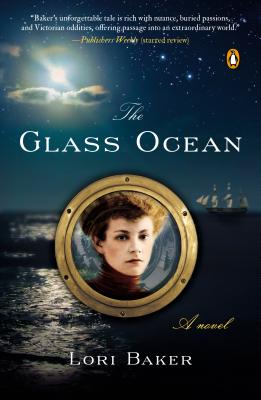 By Lori Baker
$16.00
Availability to be confirmed

I write in retrospect, from the vantage of a distant shore.
Flame-haired, six-foot-two in stocking feet, eighteen-year-old Carlotta Dell oro recounts the lives of her parents solitary glassmaker Leopoldo Dell oro and beautiful, unreachable Clotilde Girard and discovers in their loves and losses, their omissions and obsessions, thecircumstances of her abandonment and the weight of her inheritance. Thomas Pynchon calls debut novelist Lori Baker a storyteller with uncanny access to the Victorians, not only to the closely woven texture of their days but also to the dangerous nocturnal fires being attended to in their hearts.
Carlotta's story begins in 1841, when Leo and Clotilde meet aboard the Narcissus, on an expedition led by Clotilde's magnanimous, adventuring father. Leo is commissioned to draw the creatures of the deep sea, but is bewitched instead by golden Clotilde, beginning a devotion that will prove inescapable. Clotilde meanwhile sees only her dear papa, but when he goes missing she is pushed to Leo, returning with him to the craggy English shores of Whitby, the place to which Leo vowed he would never return.
There they form an uneasy coexistence, lost to one another. The events of the Narcissus haunt them, leaving Clotilde grieving for her father, while Leo becomes possessed by the work of transforming his sea sketches into glass. But in finding his art he surrenders Clotilde, and the distance between the two is only magnified by the birth of baby Carlotta.
Years have passed, and Carlotta is now grown. A friend from the past comes to Whitby, and with his arrival sets into motion the Dell oros inevitable disintegration. In hypnotic, inimitable prose Lori Baker's The Glass Ocean transforms a story of family into something as otherworldly and mesmerizing as life beneath the sea itself.

Lori Baker is the author of three story collections, including Crazy Water: Six Fictions, which won the Mamdouha S. Bobst Literary Award for emerging writers. She has taught fiction writing, journalism, and composition at Brown University, Boston College, and Wheaton College in Norton, Massachusetts. She lives and works in Providence, Rhode Island.

Chicago Tribune
"Baker is gifted with a surreal, descriptive imagination, and her Victorian world is densely populated with the kind of objects you want to pick up and examine: kaleidoscopes, mechanical birds, glass eyes, hanging orchids. The novel is a cabinet of curiosities stuffed to the gills with fascinating things."

Thomas Pynchon
"An adventure of dreamlike momentum and romantic intensity, brought alive by a storyteller with uncanny access to the Victorians, not only to the closely-woven texture of their days but also to the dangerous nocturnal fires being attended to in their hearts."

John Banville, author of The Sea
"The Glass Ocean is that rarest of things, a historical novel, or at least a novel set in history, that is also a work of art. Lori Baker is a captivating story-teller, and her prose has the flash and fire of molten glass."

Bustle.com:
“Carlotta, the hero of debut novelist Lori Baker's The Glass Ocean, was born to love-lorn seafarers whose story she learns slowly and achingly. As facts surface, the past haunts Carlotta, and with the dream-like atmosphere of the novel, the reader is haunted, too. But the setting and the rich characterization of Carlotta's artist father and beautiful mother propelled me through the pages; Baker has a gift for narrating in detail, and the intensity of the love story kept me sucked in.”

Harry Mathews, author of The Conversions
"The Glass Ocean is breathtakingly good – as though Jean Rhys had come back from the dead to outdo Wide Sargasso Sea. So completely satisfying (as well as satisfyingly disturbing) that at the end one doesn’t wish it would go on forever because the ending itself is so beautifully right. Hat, shirt, and shoes off to a wizard of fiction."

Joanna Scott, author of Arrogance
“The Glass Ocean is a rare accomplishment, its fictional world so delicately and vividly wrought that the narrative takes on the force of an emergent secret history.  It is a haunting, beautiful novel, full of mysteries and illuminations.”