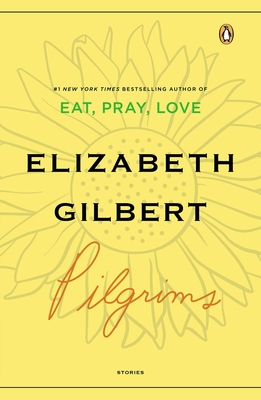 
On Our Shelves Now
The debut by the #1 New York Times bestselling author of Eat Pray Love, Big Magic and City of Girls; a PEN/Hemingway Award finalist and New York Times Notable Book


When it appeared in 1997, Elizabeth Gilbert’s story collection, Pilgrims, immediately announced her compelling voice, her comic touch, and her amazing ear for dialogue. “The heroes of Pilgrims . . . are everyday seekers” (Harper’s Bazaar)—brave and unforgettable, they are sure to strike a chord with fans old and new.
Elizabeth Gilbert is the #1 New York Times bestselling author of Big Magic, Eat Pray Love, and The Signature of All Things, as well as several other internationally bestselling books of fiction and nonfiction. She has been a finalist for the National Book Award, the National Book Critics Circle Award, and the PEN/Hemingway Award. Her latest novel, City of Girls, comes out in June, 2019.