Yours Truly, Lucy B. Parker: Vote for Me!: Book 3 (Paperback) 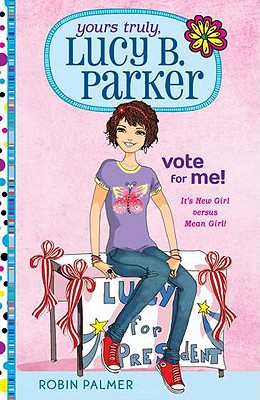 By Robin Palmer
$6.99
Availability to be confirmed

This is book number 3 in the Yours Truly, Lucy B. Parker series.

Lucy B. Parker is running for class president! Sure, Lucy could let her frister (friend + sister), teen superstar Laurel Moses, campaign for her, but Lucy wants to win as Lucy, not as Laurel Moses' less-pretty-less- talented stepsister. To make matters worse, Lucy's feeling totally ignored by her dad and his girlfriend, who are preparing for their new baby. How is Lucy going to manage her famous frister, a soon-to-exist baby, and the campaign of the year all at once?