Yours Truly, Lucy B. Parker: Girl vs. Superstar: Book 1 (Paperback) 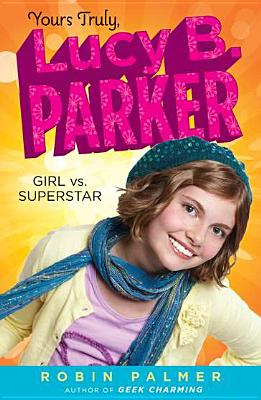 By Robin Palmer
$6.99
Availability to be confirmed

This is book number 1 in the Yours Truly, Lucy B. Parker series.

Sixth grade is hard enough for Lucy B. Parker, but it gets so much worse when her mom announces that she’s going to marry Laurel Moses’s dad. Yes, that Laurel Moses—the TV-movie-music star who makes Hannah Montana look like some random kid from the sticks. Suddenly, Lucy’s life is turned upside down and sideways. All Lucy wants to do is get through the day without totally embarrassing herself too much, but that’s hard to do when you’re the less-pretty, less-talented not-quite sister of a mega superstar.