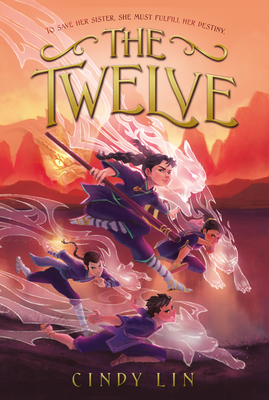 Usagi can hear a squirrel’s heartbeat from a mile away, and soar over treetops in one giant leap. She was born in the year of the wood rabbit, and it’s given her extraordinary zodiac gifts.

But she can never use them, not while the mysterious, vicious Dragonlord hunts down all those in her land with zodiac powers. Instead, she must keep her abilities—and those of her rambunctious sister Uma—a secret.

After Uma is captured by the Dragonguard, Usagi can no longer ignore her powers. She must journey to Mount Jade with the fabled Heirs of the Twelve, a mystical group of warriors who once protected the land.

As new mysteries unfold, Usagi must decide who she stands with, and who she trusts, as she takes on deadly foes on her path to the elusive, dangerous Dragonlord himself.

A former journalist with degrees from the University of Pennsylvania and Columbia University, Cindy Lin has worked for Sony Pictures Entertainment and has written and produced many multimedia news features for children, one of which received a Peabody Award. The Twelve is her debut novel.

“[A] rip-roaring debut…Ideal for fans of stories with lots of heart, great lore, and plenty of twists along the way.” — ALA Booklist

“Aficionados will delight in the plethora of fast-paced action scenes sprinkled with martial arts wisdom, and there is much potential for sequels…and, of course, for Usagi to continue developing her powers.” — Bulletin of the Center for Children’s Books