The Other Side of Lost (Hardcover) 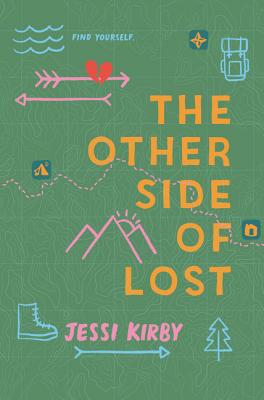 Girl Online meets Wild in this emotionally charged story of girl who takes to the wilderness to rediscover herself and escape the superficial persona she created on social media.

Mari Turner’s life is perfect. That is, at least, to her thousands of followers who have helped her become an internet starlet.

But when she breaks down and posts a video confessing she’s been living a lie—that she isn’t the happy, in love, inspirational online personality she’s been trying so hard to portray—it goes viral and she receives a major backlash.

To get away from it all, she makes an impulsive decision: to hike the entire John Muir Trail. Mari and her late cousin Bri were supposed to do it together, to celebrate their shared eighteenth birthday. But that was before Mari got so wrapped up in her online world that she shut anyone out who questioned its worth—like Bri.

With Bri’s boots and trail diary, a heart full of regret, and a group of strangers that she meets along the way, Mari tries to navigate the difficult terrain of the hike. But the true challenge lies within, as she searches for the way back from to the girl she fears may be too lost to find: herself.

Jessi Kirby is a writer for young adults whose first book, Moonglass, was named an ABA New Voices Pick. She has also written five other novels—In Honor, Golden, Things We Know by Heart, The Secret History of Us, and The Other Side of Lost. Jessi lives in central California with her husband and two kids. You can visit her online at www.jessikirby.com.

“The Other Side of Lost left me absolutely breathless. An achingly real story of empowerment, friendship, and heartfelt transformation, this gem of a book will easily earn a place among teens’ favorite summer reads.”

— Sarah Ockler, author of The Summer of Chasing Mermaids

“This book is good for the soul.”
— Jennifer E. Smith, author of The Statistical Probability of Love at First Sight

“A compulsively readable title with a deep understanding of the trauma both grief and social media can bring.This is a must-have for where Morgan Matson’s Since You’ve Been Gone and similar young adult contemporary novels are popular.”
— School Library Journal

“Compelling and inspiring. Readers will be glad to have made the journey.”
— Kirkus Reviews

“Most satisfying is [the] transformation from emulator of life experiences to one who truly lives.”
— ALA Booklist