Dogs As I See Them (Hardcover) 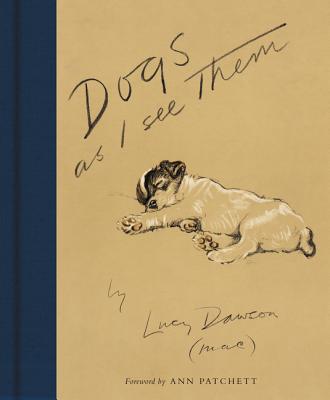 Dogs As I See Them (Hardcover)

A BELOVED CLASSIC FOR DOG LOVERS OF ALL AGES

With a new foreword by Ann Patchett

In the 1930s, Lucy Dawson’s friendly, sympathetic portraits of dogs were so popular with readers of American and British magazines that she agreed to gather them together in a book, Dogs As I See Them.

Now available once again after being out of print for decades, and a complete replication the original 1936 edition, Dogs As I See Them includes all of Dawson’s irresistible graphite and pastel drawings and handwritten notes. Along with her illustrations are her own amusing stories about the conduct of each of her subjects as they posed for her. Her charming reminiscences interpret the character and mood of each dog, and make us friends at once with each and every one in this gallery of endearing portraits. Dogs As I See Them is a remarkable collection dog lovers of all generations will take to their hearts.

Lucy Dawson (1870-1954) was a British illustrator best known for her paintings and etchings of sporting dogs and other breeds. She also created art for playing cards, cigarette cards, and numerous postcard series. She accepted commissions by individuals, most notably the Royal Family. She painted the Queen Mother's favorite corgi, Dookie, whose portrait was later reproduced as a Christmas card. She published several dog-related titles, including Dogs As I See Them (1936), Dogs Rough and Smooth (1937), The Runaways (1938), and Lucy Dawson's Dog Book (1939).

Ann Patchett is the author of eight novels, four works of nonfiction, and two children's books. She has been the recipient of numerous awards, including the PEN/Faulkner, the Women's Prize in the U.K., and the Book Sense Book of the Year. Her most recent novel, The Dutch House, was a finalist for the Pulitzer Prize. Her work has been translated into more than thirty languages. TIME magazine named her one of the 100 Most Influential People in the World. She lives in Nashville, Tennessee, where she is the owner of Parnassus Books.